How hard could it be to teach yourself to build and program a robotic arm that receives instructions from your thoughts?

If you’re a bored sixteen-year-old like Easton LaChappelle, the answer is: sorta not hard at all. Easton grew up rather isolated in Colorado’s Four Corners region–down the road from where I live now. All he had was YouTube, persistence, and unlimited curiosity. His robotic creation won the state science fair, which launched him into a NASA internship, which then resulted in a handshake with then President Barrack Obama.

Now almost old enough to rent a car, Easton heads up his own company which is enthusiastically revolutionizing the prosthetic limb industry, bringing affordable, wireless prostheses to the young people most in need!

You can read all about Easton’s story in the February 2019 issue of Muse magazine. I had the privilege of interviewing Easton and he kindly answered all my technical questions about programming and robotics. More importantly, he outlined how crucial it is to have a simultaneously very hungry and well-fed curiosity. 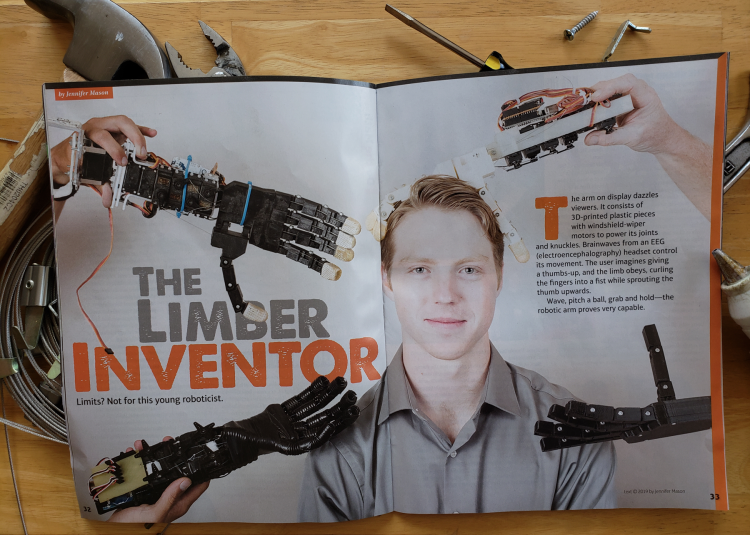